The Heath Lobelia, Lobelia urens, an incredibly rare wildflower, was actually first discovered growing in the UK, here in this area in the 1770s. It was discovered by William Newbery, a herbalist from Heathstock.

Belonging to the Campanulaceae family, the Heath Lobelia has a striking blue flower, that emerges from July to September, and once grew over a widespread area on what was known as Kilmington Common.

Now, although recorded in Rev Zachary Edward’s 1862 book, ‘Ferns of the Axe’, (copies available in Axminster Library) as growing “in a mile stretch, 100 yards wide”, it only grows locally in one small area, a private garden.

Beyond that, the plant, special to Kilmington and Shute, only grows at one other Devon site and sparsely in four other counties in the South West.

The plant prefers poor acid soils – thriving on heathland and favouring disturbed ground. Over time, the ideal growing conditions of open heathland have been replaced by woodland and this has led to its demise.

Tree planting on the common intensified from the 19th century onwards – started by Sir William Templer Pole, who is known to have planted 896,000 trees on the historic Shute Estate, including Shute Hill. More recently, significant conifer planting took place in the 1950s onwards.

One former Kilmington resident recently shared a secret Heath Lobelia (HL) location he had kept for over 80 years, close to the old football field in Kilmington. Sadly, changing agricultural practise has caused its demise there. He also recalled the farmer who owned the football field, saying that field gave the most productive hay yield. Heath Lobelia also grew there, and no doubt contributed to the quality of the hay. The churning up of the ground by the footballers would have been ideal growing conditions for the Heath Lobelia, which thrives on disturbed soils. 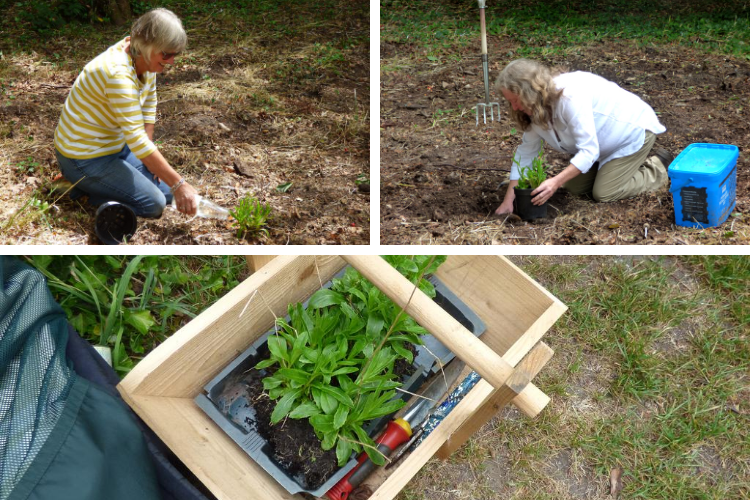 Safeguarding for the future – raising plants from seed

Last autumn volunteers collected seed from the one remaining site to attempt to generate more plants. Now the seeds have successfully germinated and have been planted out on Kilmington and Shute Common in places where the soil will suit their growth.

This plant is extremely vulnerable and the small-scale plantings this summer will test to see if it can survive in these new locations close to the one remaining site. So far, the plants are doing well and have now come into flower so we are hopeful they will set seed and develop into new colonies in the future.

The group would also like to enhance the biodiversity of the meadow at Kilmington Common in Kilmington village, by developing a second secure population.

To provide sufficient numbers of plants for this potential site, the group hope to collect seed from the private garden this autumn. We are keen to encourage communities to grow it on in their gardens, and we’re working with the local gardening clubs and local primary schools.
If you are interested in helping with raising plants from this seed, please do get in touch with Ruth Worsley, email legacytolandscape@gmail.com or ring 01297 489741

Does anyone know where Donkey Copse is?

To find out more about the valuable heritage aspect of the Legacy to Landscape Project, volunteers approached Kew Gardens in London to gain access to their archive collection of specimens in the Herbarium. A visit was organised, and they were able to take scans of many samples that had been collected at Shute since the 1860s. The location of the plant on many of the samples sent up to Kew, was Donkey Copse, Kilmington Common.

Any idea where Donkey Copse is? If you have any information about where it is – or once was – we’d love to hear from you… 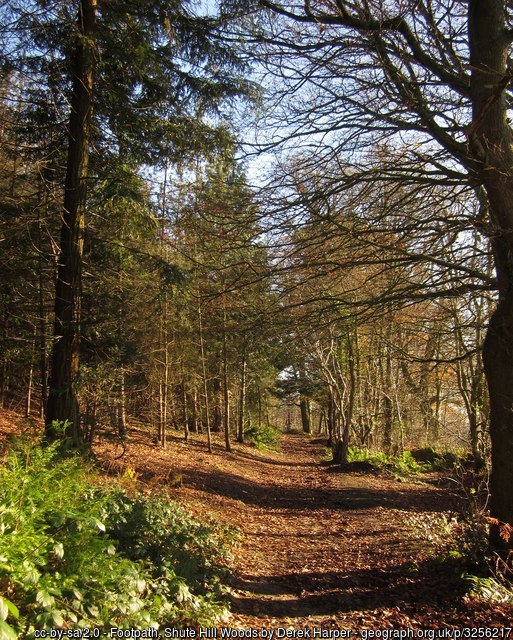 The search for Heath Lobelia continues – keep a look out!

In 2016 volunteers on the Legacy to Landscape project undertook a Great Plant Hunt event in Shute Woods to look for the rare HL plant, where it had been recorded in previous years. However, since the 1770s Kilmington Common and Shute Hill have become increasingly wooded and the search proved quite fruitless.

More recently, on Saturday 8 August, a group of 9 of us explored the cleared areas of woodland alongside the A35 – disturbed open ground, ideal for Heath Lobelia to germinate from seed that has lain dormant in the soil waiting for an opportunity to burst into life. It is estimated that the seed can survive in this way for many decades.

Sadly, like before, no sign. However other acid-loving flora are colonising well (including three heathers, molinia, rushes, gorse and downy birch), but the conifers that were felled have been replaced by new plantings, which appear to be doing well, so this open habitat will be short-lived.

On your walks through Shute Woods, please look out, particularly on disturbed open ground, for the plant and let us know if you think you have seen it.

Also, if you would like to get involved with the project, contact Ruth Worsley, Legacy to Landscape Project Co-ordinator, legacytolandscape@gmail.com, 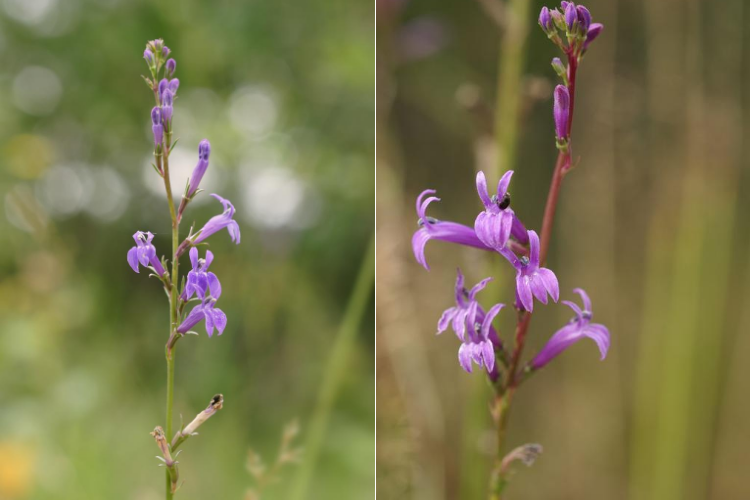